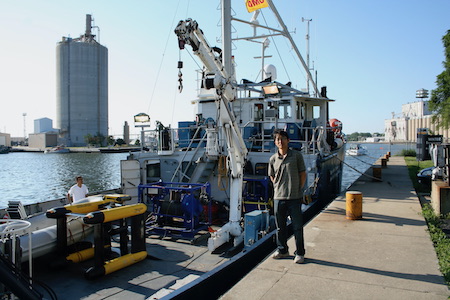 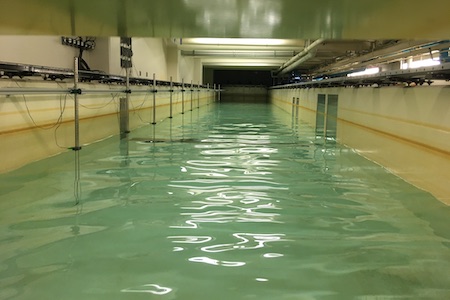 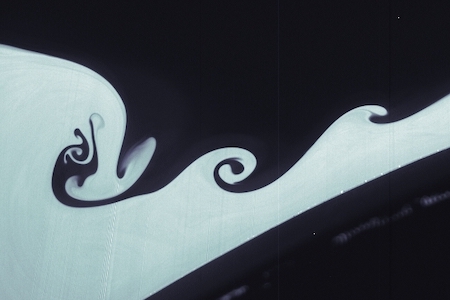 This animation shows the paths of 6 floating drifters that we released at the center of Lake Michigan in 2013. The drifters were equipped with satellite-tracked GPS units that reported location every 1 hour. The drifter paths illustrate the dominance of near-inertial surface layer motions in Lake Michigan’s interior during the summer. These motions are clockwise spirals with roughly 18 hour period and dominate motions in the surface layer of Lake Michigan between roughly May and December.

Draining water from a cylindrical container