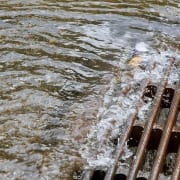 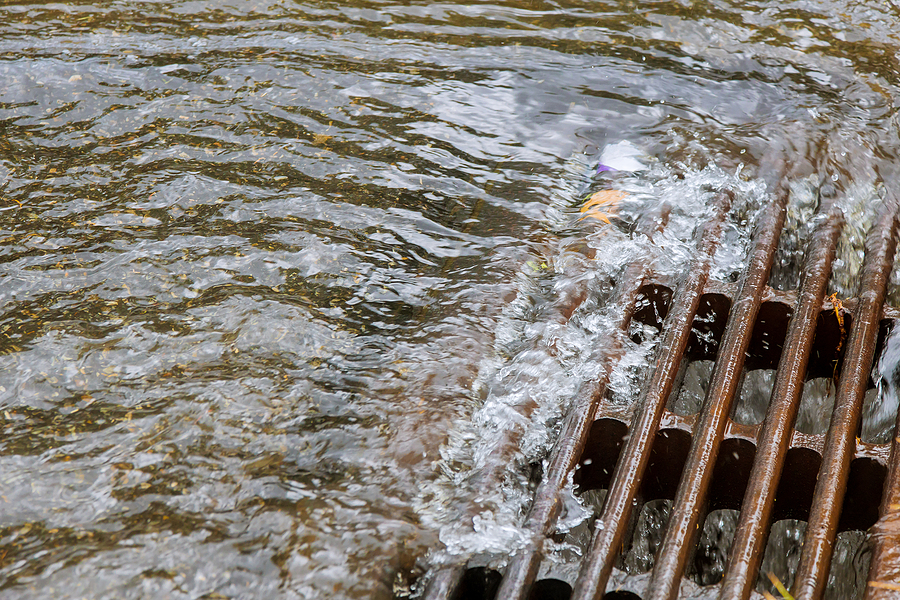 In this project, we are developing training materials to help operators of municipal storm sewer systems (MS4) reach compliance with IDEM’s new MS4 permit. This permit requires additional training for agency staff, contractors, and engineers. Training materials that we are developing include handouts, videos, and assessments that are readily accessible by MS4 permit agencies.

Invasive dreissenid mussels have altered plankton abundance and nutrient cycling in the Great Lakes. In this study, a 1-D hydrodynamic-biogeochemical coupled model is developed to investigate their effects at a mid-depth offshore site in Lake Michigan. Model simulation shows that water surface temperature and vertical thermal structure can be well reproduced. Driven by the simulated vertical mixing, the biological model solves the transport and transformation of nutrients, plankton and detritus in the water column. Mussel grazing and excretion are added at the bottom boundary. The biological model predicts a notable decline of phytoplankton biomass and considerable increase of dissolved phosphorus (DP) in the entire water column at the end of spring. However, the reduction of phytoplankton and the increase of DP are limited to the bottom 20 m in summer as a result of the strong stratification. Model results also show that mussels can maximize particle delivery to the benthos, as the modeled benthic diffusive flux of particulate phosphorus exceeds the passive settling rate by 4.2× on average. Model simulation over a 10-month period indicates that profundal mussels have the potential to significantly change the distribution of energy and nutrients in the water column, even in a deep and stratified environment.

Spatially separated fish populations may display synchrony in annual recruitment if the factors that drive recruitment success, particularly abiotic factors such as temperature, are synchronised across broad spatial scales. We examined inter-annual variation in recruitment among lake whitefish (Coregonus clupeaformis) populations in lakes Huron, Michigan and Superior using fishery-dependent and -independent data from 1971 to 2014. Relative year-class strength (RYCS) was calculated from catch-curve residuals for each year class across multiple sampling years. Pairwise comparison of RYCS among datasets revealed no significant associations either within or between lakes, suggesting that recruitment of lake whitefish is spatially asynchronous. There was no consistent correlation between pairwise agreement and the distance between datasets, and models to estimate the spatial scale of recruitment synchrony did not fit well to these data. This suggests that inter-annual recruitment variation of lake whitefish is asynchronous across broad spatial scales in the Great Lakes. While our method primarily evaluated year-to-year recruitment variation, it is plausible that recruitment of lake whitefish varies at coarser temporal scales (e.g. decadal). Nonetheless, our findings differ from research on some other Coregonus species and suggest that local biotic or density-dependent factors may contribute strongly to lake whitefish recruitment rather than inter-annual variability in broad-scale abiotic factors.

In the Great Lakes region, multiple fish species display intraspecific spatial synchrony in recruitment success, with interannual climate variation hypothesized as the most likely driver. In Lake Michigan, we evaluated whether climatic or other physical variables could also induce spatial synchrony across multiple species, including bloater (Coregonus hoyi), rainbow smelt (Osmerus mordax), yellow perch (Perca flavescens), and alewife (Alosa pseudoharengus). The residuals from stock–recruitment relationships revealed yellow perch recruitment to be correlated with recruitment of both rainbow smelt (r = 0.37) and alewife (r = 0.36). Across all four species, higher than expected recruitment occurred in 5 years between 1978 and 1987 and then switched to lower than expected recruitment in 5 years between 1996 and 2004. Generalized additive models revealed warmer spring and summer water temperatures and lower wind speeds corresponded to higher than expected recruitment for the nearshore-spawning species, and overall variance explained ranged from 14% (yellow perch) to 61% (alewife). For all species but rainbow smelt, higher recruitment also occurred in extremely high or low years of the North Atlantic Oscillation index. Future development of indices that describe the physical Great Lakes environment could improve understanding of how climate can synchronize fish populations within and across species.